NGC 3718 is a warped spiral galaxy found on the left of this picture. NGC 3718’s faint spiral arms look twisted and extended, its bright central region crossed by obscuring dust lanes. A mere 150 thousand light-years to the right is another large spiral galaxy, NGC 3729. The two are likely interacting gravitationally, accounting for the peculiar appearance of NGC 3718. While this galaxy pair lies about 52 million light-years away, the remarkable Hickson Group 56 can also be seen clustered just above NGC 3718. Hickson Group 56 consists of five interacting galaxies and lies over 400 million light-years away. This picture is a combination of old data from 2017 and recent additional luminance data. It is also cropped and resampled at 150% 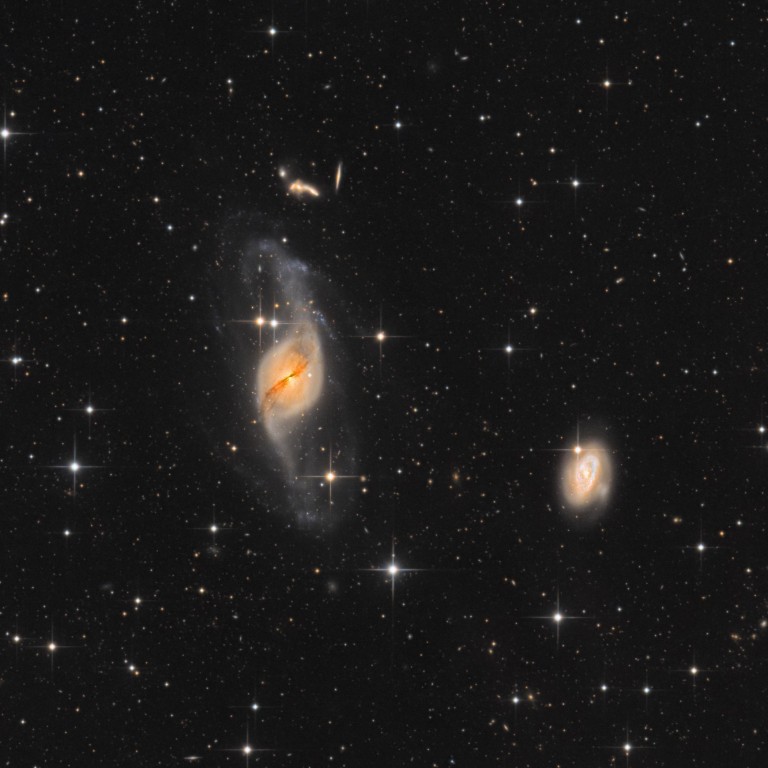