This celestial scene is the wreckage of a collision between two spiral galaxies. The two galaxies began their confrontation a few hundred million years ago. Formally known as NGC 4038 and NGC 4039, the pair is nicknamed the Antennae Galaxies because of two long streamers of stars, gas and dust that extend from the crash site. About 65 million light-years away in the constellation Corvus, the Antennae Galaxies make up one of the closest pairs of colliding galaxies to us.

I’m rather pleased with the result, considering the short integration time and the object being rather low in the sky (maximum 25° altitude from my location). 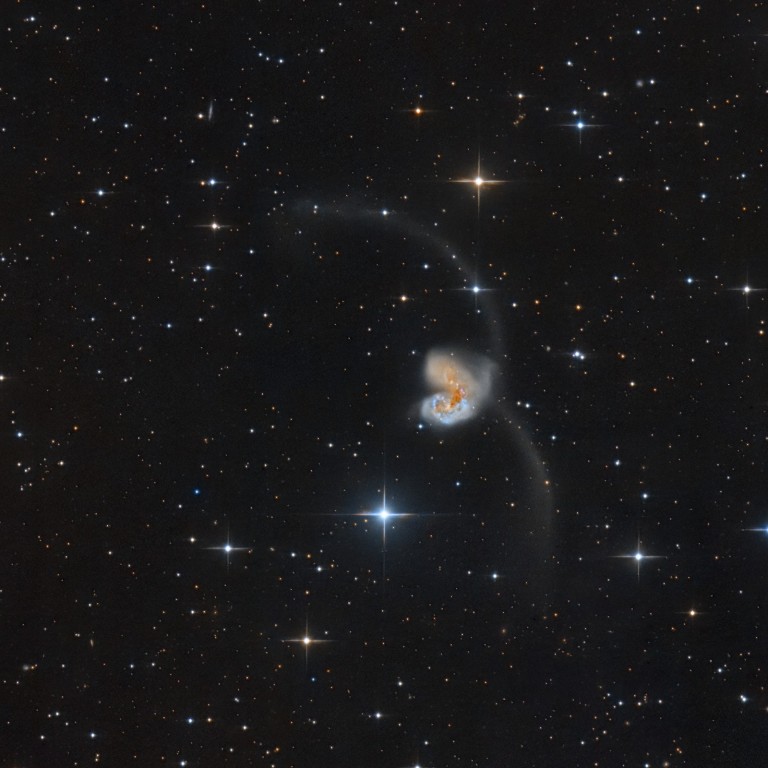 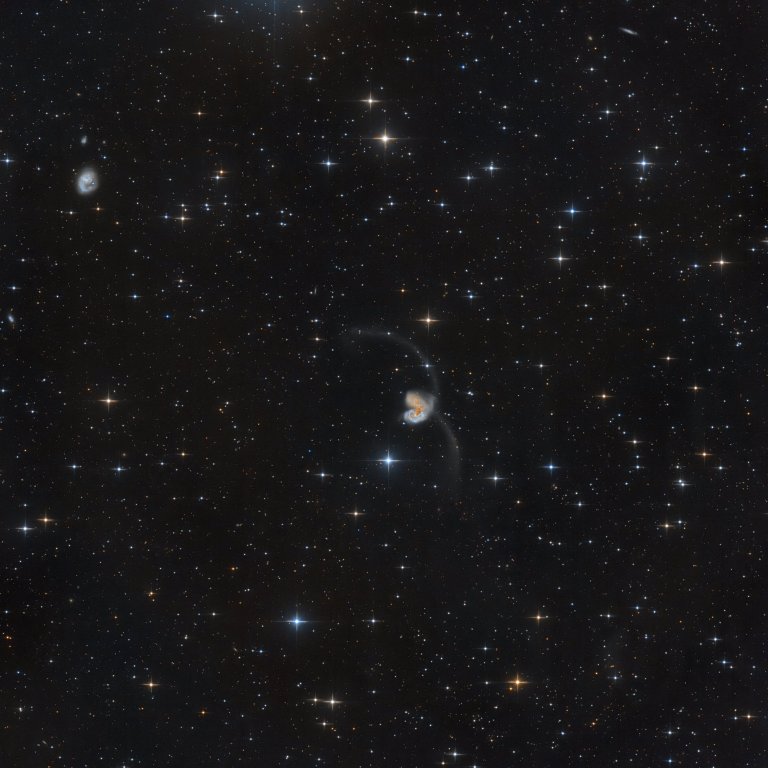