NGC 2685 is an interesting galaxy in the constellation Ursa Major. It is also called the Helix Galaxy. It has a set of unusual whorls, or helical filaments, surrounding the central spindle of a relatively normal S0 galaxy. This picture is showing the two axes of symmetry, as well as an encircling ring as in a polar ring galaxy. Physically, the polar rings are composed of stars and interstellar matter, such as gas and dust, and were probably generated by gravitational interaction, from torn apart smaller galaxies which happened to come too close to the larger “mother” galaxy. It is about 50,000 light-years across and about 42 million light-years away from Earth. 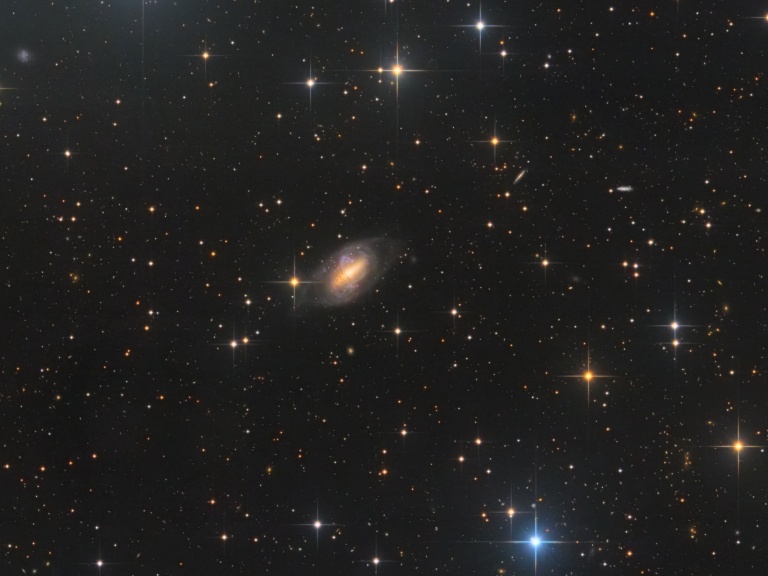