This group of galaxies consisting of NGC 3681, NGC 3684, NGC 3686 and NGC 3691 are a few of the lesser known galaxies situated in the east part of the constellation Leo. They are at a distance of about 50 million light years. The three larger galaxies, with diameters of less than 50,000 light years, are much smaller than our Milky Way. NGC 3691 on the lower left of the image is even smaller and has a very low surface brightness. 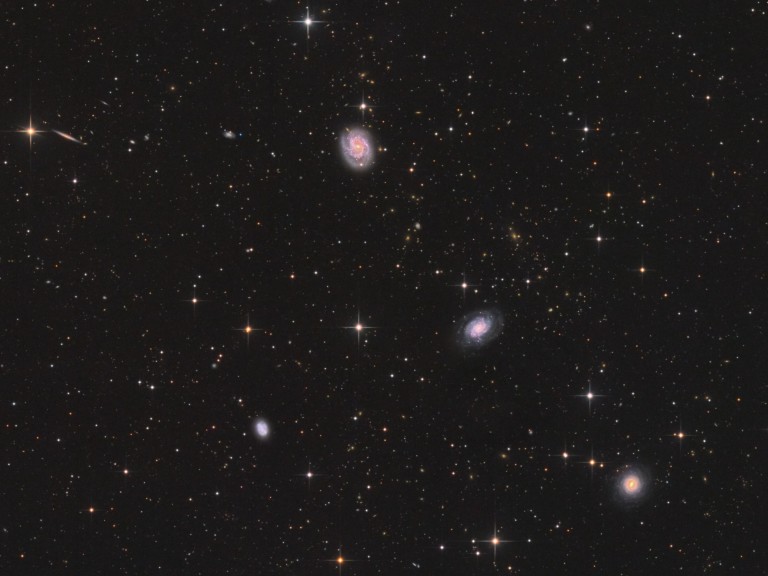 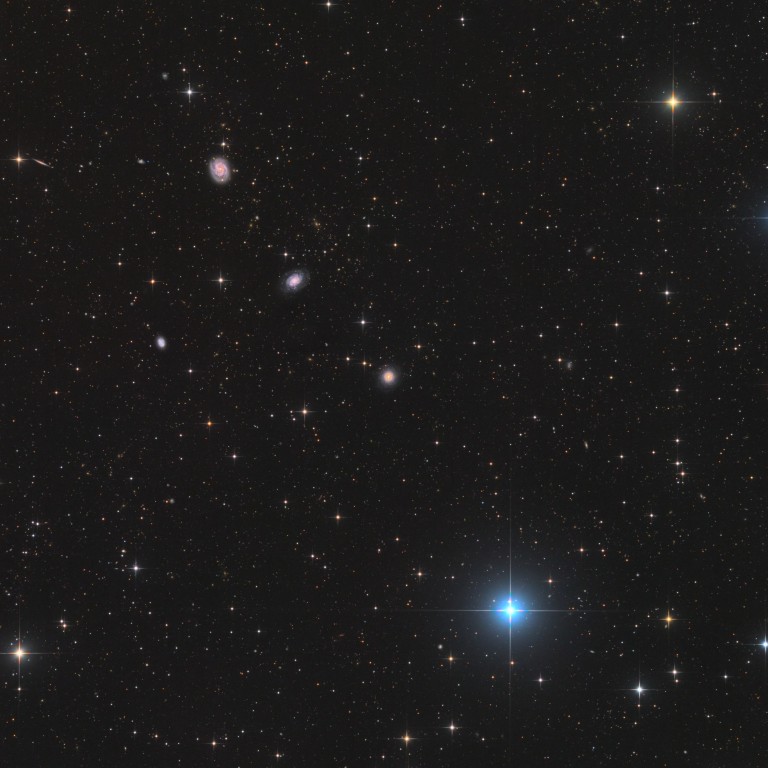