The Black Eye Galaxy, also known as Messier 64, is a famous spiral galaxy located in the constellation Coma Berenices. The galaxy is also sometimes called the Evil Eye Galaxy or Sleeping Beauty Galaxy. M64 lies at an approximate distance of 24 million light years from Earth. It is known for the enormous light-absorbing dust band in front of its central region, which has earned the galaxy the names Black Eye or Evil Eye. The dust band obscures the stars in the galaxy’s bright core. Messier 64 is also notable for being composed of two counter-rotating disks, roughly equal in mass. The inner disk contains the galaxy’s spectacular dust clouds and lanes. All the stars in the Black Eye Galaxy rotate in the same direction as the gas in M64’s core region, clockwise, while the gas in the outer regions rotates in the other direction. The possible explanations for the counter-rotating systems include a collision that led to a merger with a gas-rich smaller galaxy in a retrograde orbit or an ongoing accretion of nearby clouds of gas. The merger, which would have occurred roughly a billion years ago, may also be responsible for the galaxy’s ominous look. 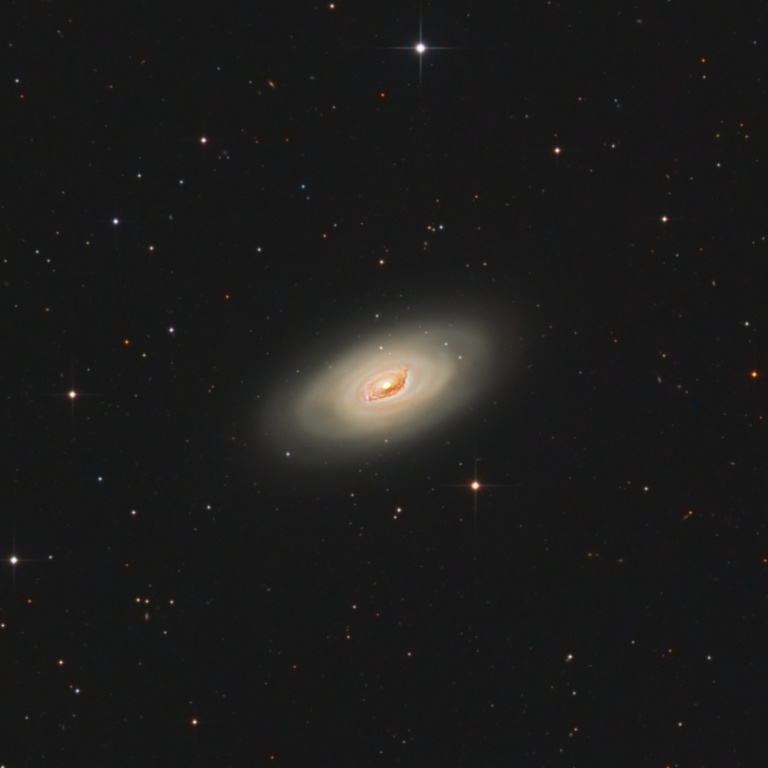 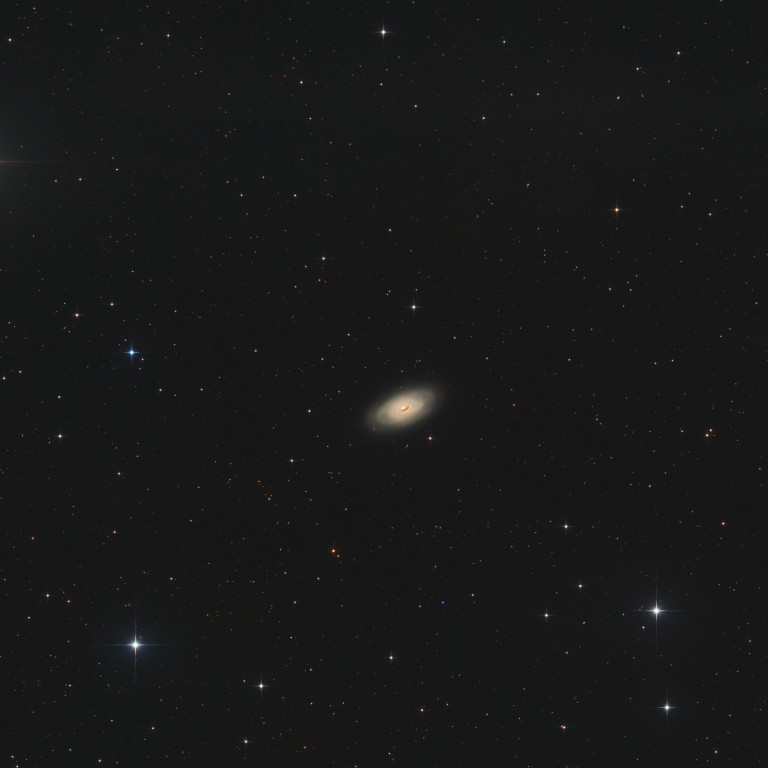 Messier 64 in the larger FOV