Messier 60 is a giant elliptical galaxy located in the constellation Virgo. M60 has an estimated mass of about a trillion solar masses and occupies an area roughly 120,000 light years in diameter. The galaxy’s halo is home to an estimated 5,100 globular clusters and some of these can be seen on this picture. Messier 60 forms a pair known as Arp 116 with the neighbouring spiral galaxy NGC4647. NGC4647 lies about 2.5 arc minutes from M60 and the galaxies’ optical disks overlap. However, the two galaxies are at different distances and may have only recently started interacting with each other. NGC4647 is about the same size as the Milky Way and about two thirds the size of M60. It is considerably less massive than its giant neighbour. 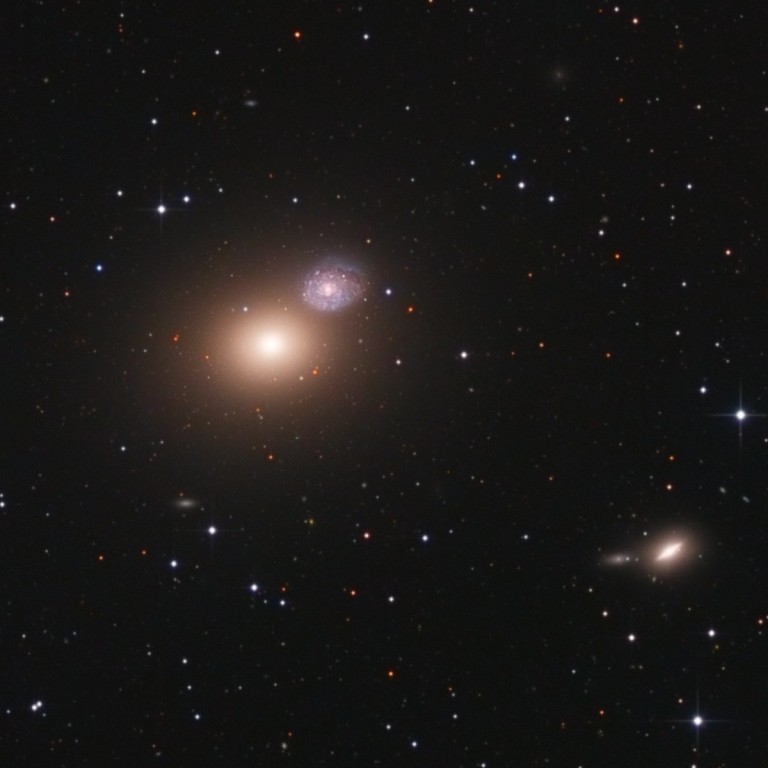