This image is a new rendition of Messier 51 with new RGB data and combined with luminance data from 2018. M51, also known as the Whirlpool Galaxy, is a grand design spiral galaxy located in the constellation of Canes Venatici. It’s one of the most famous galaxies in the sky, appearing face-on when viewed from Earth. At magnitude +8.4, it’s relatively bright and visible in binoculars, especially from dark sites. M51 has a much smaller dwarf companion, known as NGC5195, and together they form the finest and most studied example of an interacting galaxy pair in the sky. Though M51 looks faint and fuzzy to the eye, deep images like this one can reveal the faint tidal debris around the smaller galaxy. 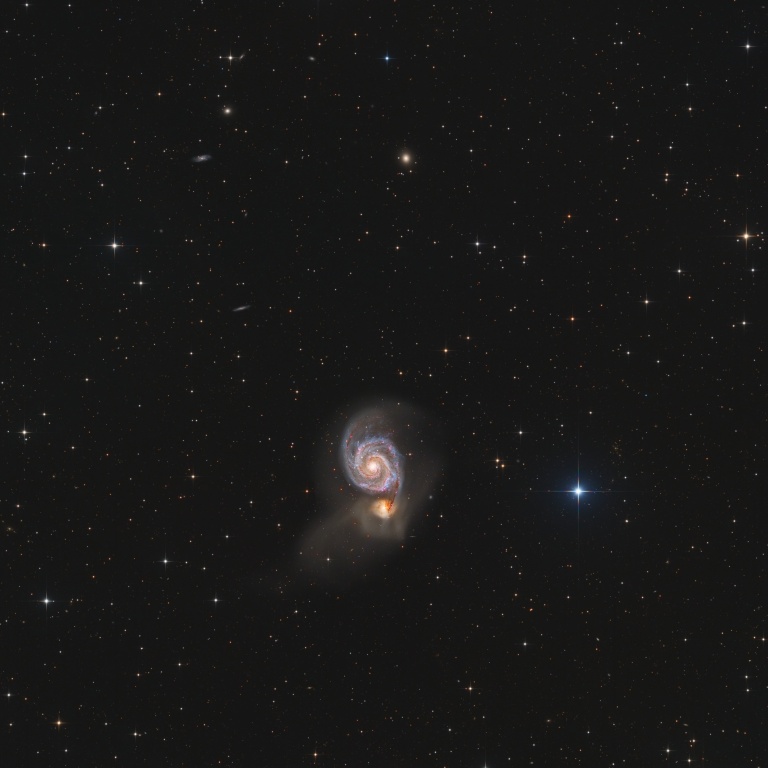 Comparison with professional grade pictures of the tidal streams around M51