NGC 2633 and NGC 2634 are two galaxies in the constellation of Camalopardalis (also known as the Giraffe), each about 2 arcmins across in apparent size. The entire field is permeated by the Integrated Flux Nebula (IFN), which is well visible in a structure of two definite wisps. At the top, is the spiral galaxy NGC 2633, at a distance of 98 million light years. Below is the shell galaxy NGC 2634 and nearby 2634A. NGC 2634 is at a distance of about 103 million light-years and NGC 2634A is at 95 million. The shells around NGC 2634 are a very recent discovery, made in 2000. Although these three galaxies are at similar distances and in the same general direction, they are not interacting with each other. 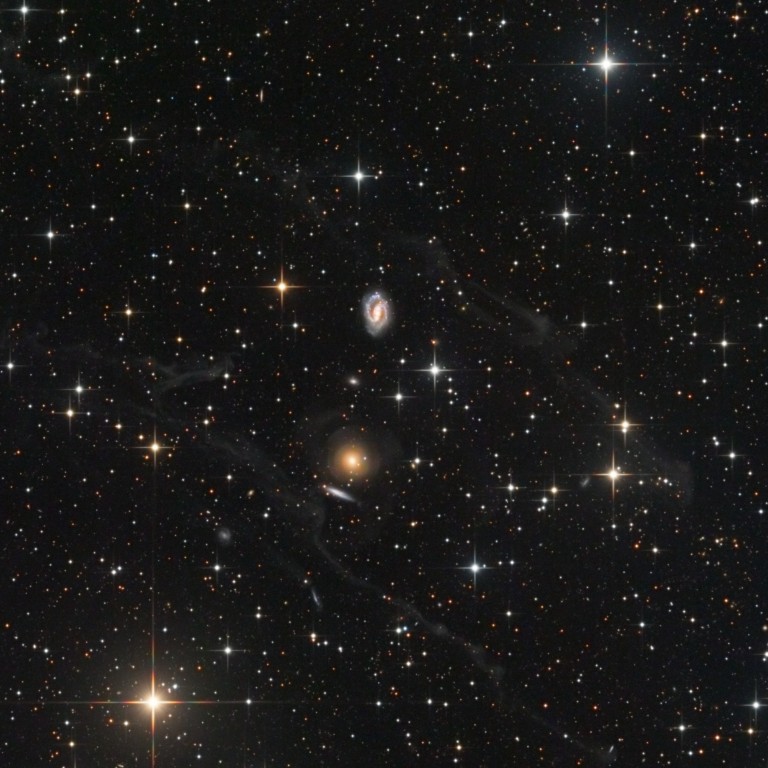 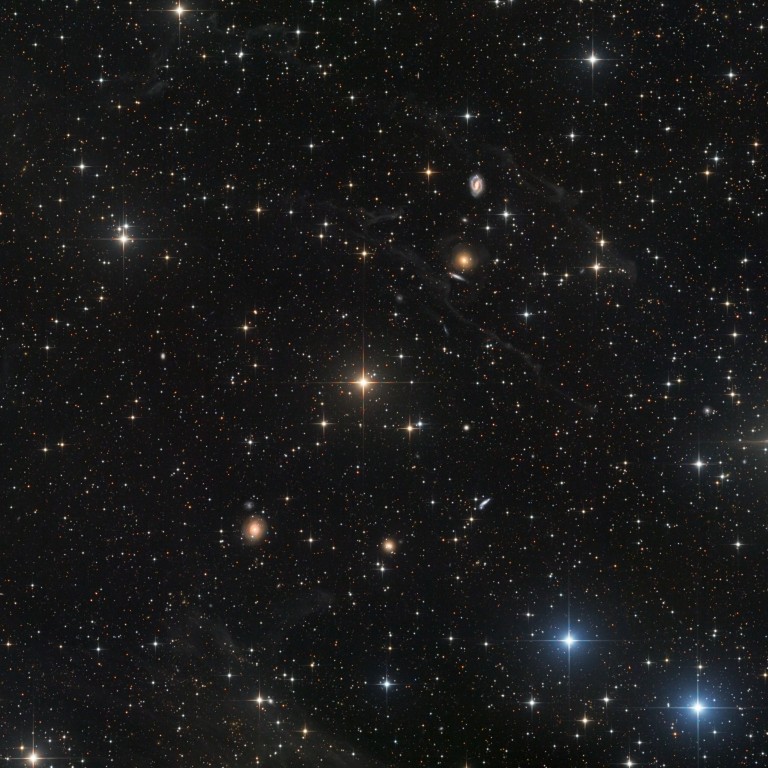