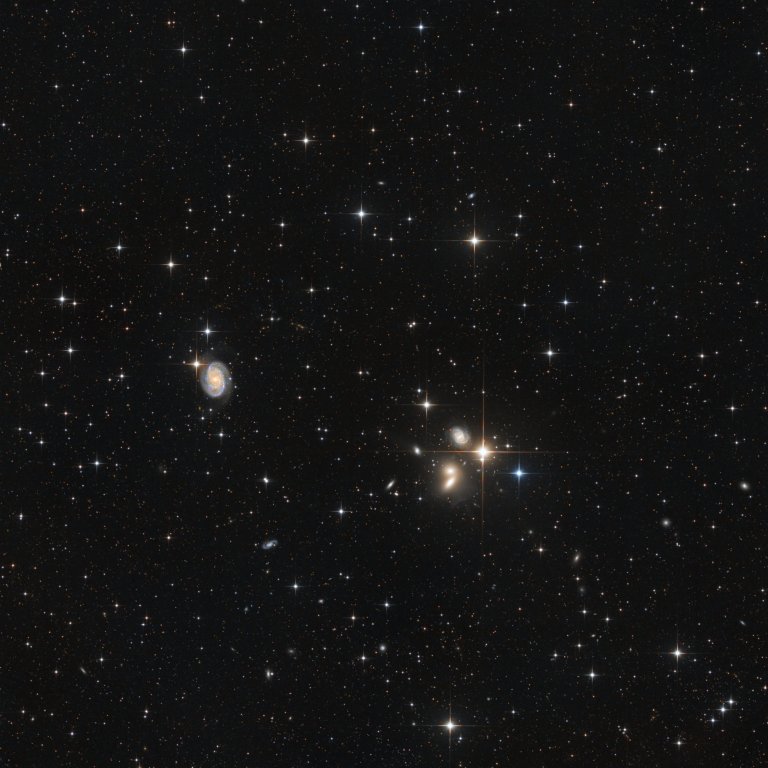 Compact Galaxy Groups have always been of interest to astronomers ever since Stephan discoverd his famous Stephan’s Quintet in 1877. The Hickson Compact Galaxy Groups were compiled by Paul Hickson and published in his Atlas of Compact Groups of Galaxies in 1994. There are exactly 100 entries. NGC 5371 is a face-on spiral galaxy in the constellation Canes Venatici. NGC 5371 (which also seems to be known as NGC 5390) is a symmetrical face-on Sbc barred spiral galaxy at a distance of 100 million light years. This galaxy with Hickson Galaxy Group 68 makes up the Big Lick Galaxy Group.